Announcement: Making the case for the return of a three-man defence 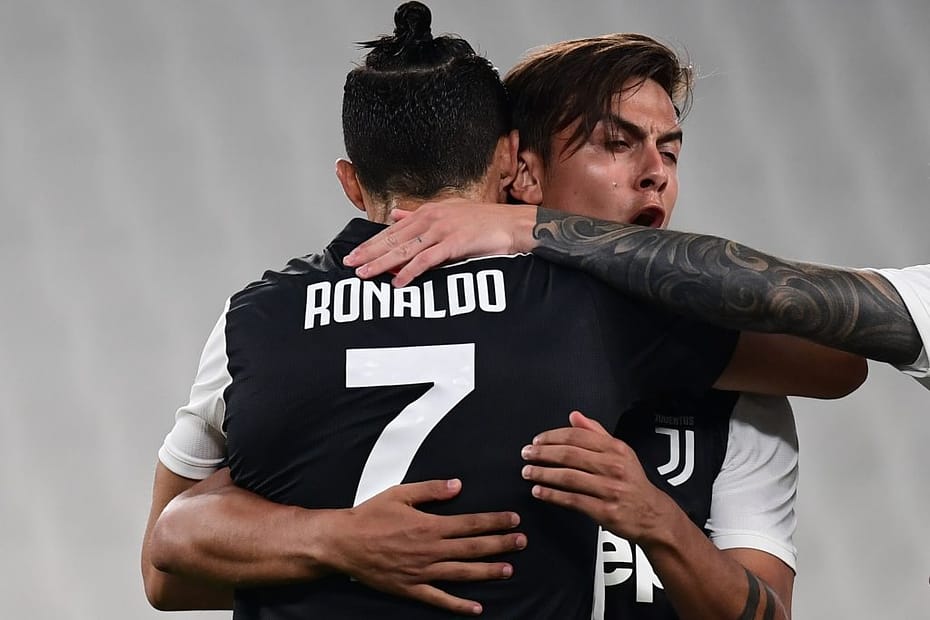 Juventus are living an unprecedented time as they picked a coach with no previous experience and it feels like half the roster is for sale. Therefore, it’s a moment where there are no wrong ideas regarding what the go-to tactic in the upcoming season should be, and one based on a three-man defence makes a lot of sense.

I am not a massive fan of the more crowded back-line and, with Andrea Barzagli retired and Giorgio Chiellini on his last legs, it is no longer the crutch it used to be in difficult moments. It would have to be rebuilt and the players that are not used to it will have to be indoctrinated accordingly. It would take some time, butexplosive defenders like Matthijs De Ligt and Merih Demiral should have no issue learning it quickly. Leonardo Bonucci is way better in it, as he has to do less man-marking and more general patrolling of the area. Needless to say, it should not be construed as a bunker, but the two ‘wide’ centre-backs should be proactive and participate in the offence when possible, as it happens at Atalanta and Verona. Juventus’ Argentine forward Paulo Dybala (R) celebrates with Juventus’ Portuguese forward Cristiano Ronaldo after opening the scoring during the Italian Serie A football match Juventus vs Lecce played on June 26, 2020 behind closed doors at the Juventus stadium in Turin, as the country eases its lockdown aimed at curbing the spread of the COVID-19 infection, caused by the novel coronavirus. (Photo by Miguel MEDINA / AFP) (Photo by MIGUEL MEDINA/AFP via Getty Images)

But the reasons why it would be a sound idea are mostly non-related to the defence per se. Assuming that nothing crazy happens and so that Cristiano Ronaldo and Paulo Dybala both stay, the first conundrum for Andrea Pirlo will be to make them play and thrive together, something that Massimiliano Allegri could not achieve but Maurizio Sarri mastered.

In an ideal scenario, they would just feature together in a devastating one-two punch, one generally operating in the left-hand zone of the final third, the other on the right one, maybe with a sneaky trequartista behind them, ready to cut in the box when the two roam, or even with two wingers doing the same from the flanks. The second-best plan would be deploying Dybala as false-nine, the Portuguese as left winger, as he prefers, and then a hard-working guy on the right flank, which Juventus already possess in Dejan Kulusevki and Federico Bernardeschi. The Bianconeri showed very interesting stuff offensively with his composition this past season.

However, Ronaldo wants to play with a bruiser next to him, which would also spare La Joya the punishment of constantly going toe-to-toe with muscular defenders, and the king shall be satisfied. The rumour mill strongly suggests that the management is indeed looking for a quality centre-forward. Therefore, the starting point will be Sarri’s 4-3-3, with a more effective/less washed striker than Gonzalo Higuain, which should not be hard to find.

However, that leads to some other problems: first and foremost, it is not really a 4-3-3 in the defensive phase, but rather a 4-4-2, since Ronaldo does not track back, which forces the left-hand box-to-box to go defend wide, while the right-winger has to, and that is a burden for Dybala. It is also the main motive why sometimes he begun on the bench in some of the more demanding match-ups, as Bernardeschi and Douglas Costa are simply more suitable for that kind of job. Dybala can play as pseudo winger in a trident and, as a matter of fact he was very good at it in the past campaign, but turning into a pure midfielder-y one with substantial defensive duties is a big ask. The balance would just be out of whack if all the three forwards were exempted from tracking back, maybe a creative solution could be to find a really gritty No.9 who does not mind participating actively in the passive phase, occupies a good chunk of ground centrally, allowing the two box-to-box to cover the whole width of the pitch. It would take a special player though. TURIN, ITALY – SEPTEMBER 28: Adrien Rabiot of Juventus looks on during the Serie A match between Juventus and SPAL at Allianz Stadium on September 29, 2019 in Turin, Italy. (Photo by Marco Luzzani/Getty Images)

But, with such scheme, the biggest issue lies in the midfield. There are really just two reasons to justify fielding three midfielders at the same time: you either utilize an elite deep-lying playmaker and you flank him with two hustle guys to allow him to cook and distribute brilliantly without many hassles, or you use two offensive-minded players and you put a muscular pivot in-between to hold things down and shield the defence. Excluding Aaron Ramsey, who unfortunately is hurt the majority of the time, Juventus only have good tweeners, who are decent ball handlers and fairly dynamic, but there is no regista, nor devastating weapons. The fact that there is some debate about what role Rodrigo Bentancur and Arthur should have only cements that and Adrien Rabiot is in the same boat. At least two big additions would be necessary to elevate the department and the Old Lady is cash-strapped at this stage. The fire sale is unlikely to yield enough funds to plug every hole in adequate manner.

The top midfielders already in the squad would fit well in a two-man midfield, where they would have to do a little bit of everything but not excel in any particular area. Bentancur does it with Uruguay, Arthur has done it in the past also at a club level and there is no reason to believe Rabiot would struggle with it. It does not appear as if the front office is aggressively pursing the Houssem Aouars or the Luis Albertos of this world, who should be the number one priority if 4-3-3 is indeed be the main way forward.

It seems assumed that a three-man defence would mean the return of 3-5-2, but actually 3-4-3 is much more apt, almost tailor-made for the current conditions. It would feature a trident where the two wingers are naturally tighter and all Ronaldo and Dybala want to do is cut back and shoot, the two central midfielders would play in a more advanced position than in 4-2-3-1 and, while they are no war machines, they would contribute more concretely to the offence, with the bonus of getting more playmaking out of Bonucci, and it solves the defensive dilemmas on the flanks. Now the question is, can the current squad pull this formation off without breaking the bank to acquire somebody new? Taking for granted that a centre-forward will arrive anyway, it would be easier than making the necessary adjustments to build a convincing 4-3-3 and new resources come from the youngsters Juventus already have under contract.

Cristian Romero exclusively played in a three-man defence at Genoa, as the central man or on the right: he is still pretty raw and too foul prone, but he is talented and would be a ‘free’ option at least for the first part of the season when De Ligt will be sidelined because of the shoulder injury. Luca Pellegrini is way more at ease as wing-back than as left-back. Maybe he can not even play as fullback at Juventus, as he is pretty sloppy defensively.

Can the current fullbacks play as aggressive wing-backs though, the kind that makes the difference in the final third, à la Atalanta? Juan Cuadrado would be more than decent, but there are serious question marks regarding the two Brazilians. Alex Sandro regressed dramatically offensively to become more attentive in the back over the years, which was somewhat necessary for Serie A standards, but it remains to be seen whether he can go back to being force he used to be. But he does not lack suitors and the executives are pretty much shopping him in the rich Premier League: replacing him with a specialist could very well be cost-neutral, if not even a profitable move. It is instead going to be impossible to offload Danilo, so they might as well keep him in a role where his lapses would not be super hurtful. And people forget that Federico Bernardeschi earned a call-up for the European Championship in the Antonio Conte-led Azzurri as right wing-back after doing it diligently at Fiorentina: at this point he would be better off playing in a position where motor and energy are more meaningful than technique, decision-making and finishing.

One more addition to the midfield would be required anyway and the most sought-after player right now looks to be Manuel Locatelli, whose play really skyrocketed when Sassuolo switched from a 4-3-3 (where he was a middling box-to-box) to a 4-2-3-1. The increased confidence and higher status might allow him to be deep-lying playmaker now, but it is not a slam-dunk. Perhaps the three-man defence would need one more lefty centre-back as Chiellini can not really be trusted physically, but it is not like it would take a world beater.

To sum it up, 3-4-3 would maximize and maybe even enhance the skills of the current roster, would untie some of the tactical Gordian knots with sensible solutions and would limit the amount of investments needed to fill out the squad, on top of being cutting-edge if interpreted proactively. A typical win-win-win situation.

The post Announcement: Making the case for the return of a three-man defence appeared first on Juvefc.com.