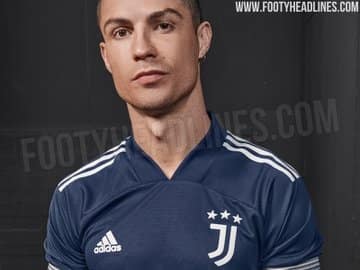 The new Juventus 2020/21 away kit has been leaked via social media and features a dark blue theme.

The Bianconeri have just released their new home kit which made its official debut during the team’s Scudetto celebrations last week.

Hot on its heels, Footy Headlines have shared pictures of the away kit for next season, featuring a navy blue theme.

It’s unclear when the kit will be officially released but its expected on the Juve Store in the coming weeks. The post Juventus 2020/21 away kit leaked appeared first on Juvefc.com.