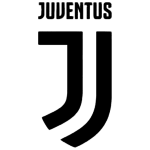 It would not be a proper transfer market window for Juventus without a multi-layered saga, but the Luis Suarez one reached new heights of bizarreness thanks to all the technicalities related to the passport. Unfortunately, it does not look as though there is enough time for a positive outcome, but at least it became apparent early enough for it not to be a total debacle. While it would have been great to have El Pistolero, in particular his charisma and fierceness in the box, Edin Dzeko is extremely functional for what the Bianconeri plan to do and is a perfect partner for Cristiano Ronaldo. His age surely raises some doubts, but he was simply terrific last season, he has plenty in the tank and his style does not rely much on explosiveness to begin with. The naysayers will end up being surprised with how much he brings to the table.

While other candidates would have been flashier or provide more gusto, Dzeko is a fine choice technically speaking. The economic elements of the deal instead leave something to be desired, but the good relationship between Juventus and Roma could yield some financial machinations, if not directly in the deal, surely down the line.

Given the size of total investment, I guess the front office would have happily acquired Arkadiusz Milik with the same favourable formula the Giallorossi got, but I reckon Napoli’s president would not have done it with the Old Lady out of sheer pettiness. Which is completely fine, but that has been vastly glossed over.

Considering that all the other additions are on the younger side, one veteran is okay taking in consideration the whole picture. I think one more offensive-minded midfielder is required to raise the bar, but two between Sami Khedira, Douglas Costa and Federico Bernardeschi would have to leave to finance it, so it seems unlikely everything will fall into place. It all circles back to the lack of resources, but there is not much you can do about that, besides selling players. A second young striker, preferably Moise Kean, will arrive in any case.

The first three matchdays will feel like a hors d’oeuvre at best while the transfer market is raging, but there will be real points at stake and the title race should be even more challenging than last season. The two fixtures after this one will be doozies, but the lads need to find a way to have a positive start to not put the new coach, who had the guts to make such an unconventional choice, in a bind.

It helps that it feels like there is an optimistic atmosphere and Andrea Pirlo’s reassuring aura surely has something to do with it, despite the fact that, by all accounts, the season starts terribly on the injury front, as Paulo Dybala, Matthijs De Ligt, Federico Bernardeschi and Alex Sandro are all hurt. But the rookie gaffer is flexible and will tailor his formation to whoever is available, so the product on the pitch should not be awfully compromised. In a weird twist, Giorgio Chiellini had no physical hiccups and his presence is always a plus.

Most of the lineup choices will come down to fitness and reportedly Adrien Rabiot and Weston McKennie are in better shape than Rodrigo Bentancur and Arthur, then we will see if the manager will indeed go ahead and keep two of his linchpins initially on the bench. Aaron Ramsey is likely to be fielded to have more much offensive punch since only two attackers are available. Dejan Kulusevski and maybe also Luca Pellegrini will have to cook right away, but they are not in uncharted territories and should manage. The only real concern of the reported lineup is Danilo operating as third centre-back: he has the physical means to do it, but his focus is not always on point and that could be very harmful. However, sans Sandro, he is the only one that can unlock the tactical fluidity Pirlo craves. Sampdoria have ramped up their activity on the transfer market only recently and, while they could pull off one or two interesting acquisitions, they approach the season opener with pretty much the same roster they had last season, with just a couple of corrections. Valerio Verre is back after a positive loan spell at Verona, where he proved to be quite sneaky and was even used as false-nine at times, and they added youngster Mikkel Damsgaard from Nordsjaelland, but neither is a bonified day-one starter.

They sold Karol Linetty to Torino and that is significant loss that has yet to be compensated, while Nicola Murru moved to the same team, but he had already lost his job to the more energetic Tommaso Augello at left-back late last season. They no longer have Andrea Bertolacci and Gonzalo Maroni, but they were not big factors.

They stuck with Claudio Ranieri after they managed to avoid relegation fairly comfortably thanks to decent performances in the restart. Therefore, the tactic will be the same: a hybrid 4-4-2 that can easily turn into a 4-3-1-2 because the wingers can also play as box-to-box and one midfielder can move to the hole. They have resorted to 3-5-2 in more challenging match-ups last season and they have the centre-backs to pull it off again if they wish to, but the reports so far indicate they will go with their standard formation.

They will not have Manolo Gabbiadini, who has been bothered by groin soreness throughout the pre-season, so it will be up to either Federico Bonazzoli or Gaston Ramirez to partner Fabio Quagliarella up front. However, the future of Uruguayan forward, who is by all accounts their best playmaker and can also easily feature as right-winger, is pretty cloudy because he has an expiring contract: they are trying to extend it, but they will have to sell him if they can not do it within the end of the mercato. He might very well be spared while the situation is sorted out.

Besides Quagliarella’s crafty and out-of-the-blue finishing and Bonazzoli’s relentlessness, their biggest weapon is the overall dynamism, solidity and physicality of the team. Morten Thorsby, Jakub Jankto, Ronaldo Viera, Fabio Depaoli all fit the bill and never stop moving. They also benefit from the veteran expertise of Albin Ekdal in the midfield and Maya Yoshida in the back-line, who straightened Omar Colley’s lapses when the two started partnering together on the regular. They are mentally tough as a whole and it will take some work to put them out of the game.

Despite having four players on the wings, they do not necessarily rely a lot on the flank game and crossing, as they do not have tall presence in the box. They use them as release valves, but they prefer to go through the middle. Their main focus, besides obviously tidy defending, is feeding Fabio Quagliarella in the right spots, then he takes it from there, since he is a good assist-man as well.