Lichtsteiner: ‘Winning is in Juve’s DNA’ 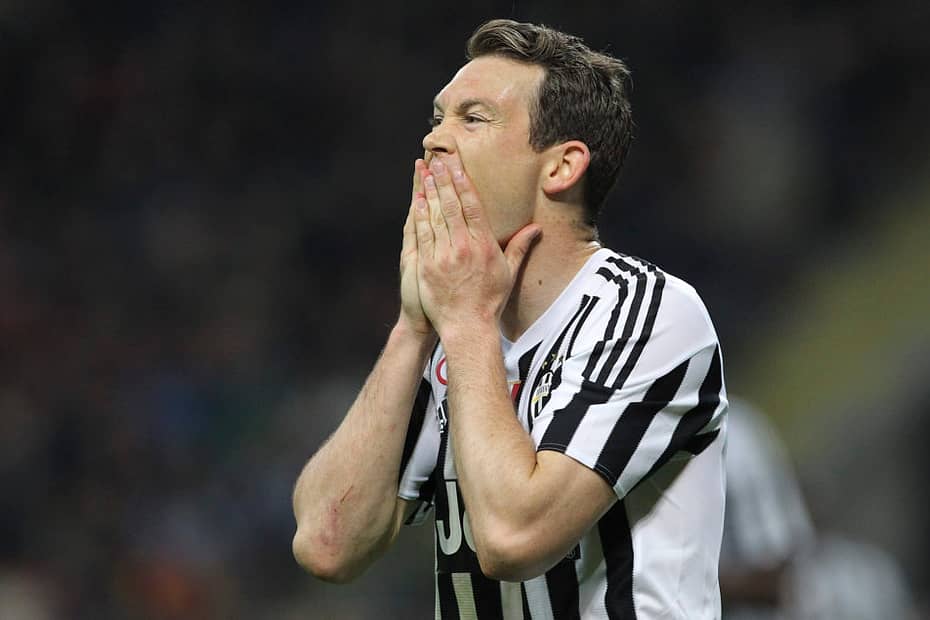 Former Juventus full-back Stephan Lichtsteiner believes Juve’s dominance is down to the club’s mentality: ‘Victory is in their DNA’.

The Swiss Express finally hung up his boots last week, announcing his retirement from football at the age of 36, a career that included 7 years with the Bianconeri.

Speaking in an exclusive interview with Tuttojuve, Lichtsteiner recounted his time in Turin and offered his thoughts on new coach and former teammate, Andrea Pirlo.

The news of your retirement came like a bolt from the blue – How did this incredible decision come about? What can you tell us about it?

“For several years, with my family, I was making this decision. I was already close to retiring last season, but then I decided to do another year in Germany and then to give up permanently. It was not a choice made at the last moment. My priority is my kids going to school, you can’t change cities every year.”

I think you can be proud of your career, given that you have played at the highest levels for many years and wore the glorious jersey of the Swiss national team. What will you miss most about the world of football?

“Surely what I will miss the most will be the game itself, the locker room for the jokes and friends I met during my long journey. For sure, I will not miss the frequent travellingand the controversies after every match (he smiles). My dream was to become a footballer, I can say that I have achieved this goal. ”

“I have lived this world so much that it would be easier to stay in it, but I will evaluate two paths: the first will be to take all the diplomas to become a manager or a coach, the second will concern a project for normal life.”

In the very near future, would you like to work in Italy? MILAN, ITALY – APRIL 09: Stephan Lichtsteiner of Juventus FC reacts to a missed chance during the Serie A match between AC Milan and Juventus FC at Stadio Giuseppe Meazza on April 9, 2016 in Milan, Italy. (Photo by Marco Luzzani/Getty Images)

It can be said that having played for many years in Italy you have now become Italian by adoption. And in Turin they knew you for seven years as “Swiss Express”. How has Juventus changed you?

“When I arrived at Juventus, who were not going through a winning period at the time, there was already a different pressure than what I felt in my experience at Lazio. Here you have to win, there is no other message you can learn. Every day you always think this, my goal was to stay as long as possible in one of the biggest clubs in the world. Juve changed me a lot, perhaps even as a man, in terms of responsibility. It was an excellent school of life.”

There is a recurring question among the fans and, perhaps, also among you players: Why does Juventus always win and the others don’t? What is different about Juventus compared to other clubs?

“Because victory is in her DNA, here at Juventus you have to win and keep doing it. There is never anything given away, every minute you wear that shirt you are aware that you have to sweat and run more than the others. Inside this club, they want to win, this is a great injection of energy and stimuli that can be used in the hard and difficult moments when you are tired and under pressure. Even the locker room and the managers are always there to help you, the secret of Juve is this great desire for victory, which is greater than that of his rivals.”

Perhaps it also depends on the players present in the locker room: when you arrived there was Alex Del Piero, there was Carlos Tevez and today there is Cristiano Ronaldo. In addition to Gigi Buffon, Leo Bonucci and Giorgio Chiellini.

“Yes, it is their great mentality that must remain, even when the great champions leave. History says that Juventus almost always win, as soon as you arrive you understand that there is a different air.

A love with Juventus that has not always been without problems. I remember that at a certain point you could have gone to Inter, but you didn’t. Years later, can you tell us how the relationship with the Bianconeri was mended?

“I took a lot of criticism for what was reported in the newspapers, they wrote that I would have betrayed Juventus with Inter but it was not true at all. And nobody ever believed me. The truth is that I stayed at Juventus, the facts say this. I can say that with the arrival of Dani (Alves) I knew it would be more difficult to play the great matches, I had two offers outside Italy but in the end everything was resolved and I stayed until I reached the seventh title in a row.” You know Andrea Pirlo very well, as a Juventus teammate you have won a lot. In your opinion, will he be able to manage a group of great champions right away?

“Surely Andrea’s advantage will be credibility, because all of them have known him as a footballer and know very well what he was able to do. He was a winner both in Italy and in Europe, as a man he is very nice guy and also calm. I have no doubt: he will do very well, I bet he will be able to manage this team better.”

Will Pirlo’s Juve be better than the one from the season that just ended?

“Clearly, when you win every year the expectations are higher and higher, Juve had four years of doubles and two Champions League finals but you can’t talk about failure if you can only win the championship in one season. So what about the other teams? Surely, in terms of play, Juve were not up to par, but I wouldn’t be so drastic in describing the past year. ”

Returning to Pirlo, he declared that he was inspired by Antonio Conte. What would it be like to see Juventus with a three-man defence again and with players like Chiellini and Bonucci who are real legends?

“Yes, it could also be because we have been coached by Mister Conte for three years. It will depend a lot on the type of team that will be built for him, it is difficult to be able to give an answer from outside. I think these are questions that should be addressed to him (smiles ed).”

The fans are divided: should Dybala stay or not? What are your thoughts?

“Of course, for me he has to stay. On a football level, if Juventus wants to continue growing, you can’t give away someone like Paulo who is an extraordinary player. There aren’t many players like him in Europe. Clearly I can’t answer from an an economic point of view,  because I am not aware of the situation of the club, but on the field he is a phenomenon.”

And what are your thoughts on full backs? Alex Sandro and De Sciglio have finished their cycle and is it right to look for substitutes like Gosens and Bellerin who you know very well?

“I don’t want to say much about the transfer market, I played with Bellerin and I faced Gosens as an opponent. We must not underestimate the Juventus players in the squad, if it were up to me, I would always keep players like Cuadrado and Alex Sandro.”

You know Ramsey very well, I don’t know if you gave any advice last year on him going to Juventus. Do you think we will see the real Aaron this year?

“I don’t know, the English culture is a completely different culture. I understood it when I took the step to join Arsenal, he has the potential to do great things but the pressure you experience here is different from that in London. He can do me well, it will only be necessary to understand if he will be able to accept this challenge, also in terms of the mentality required.”

The post Lichtsteiner: ‘Winning is in Juve’s DNA’ appeared first on Juvefc.com.