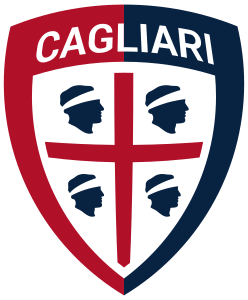 It was not painless but Juventus finished the job as they were supposed to against Sampdoria and, despite all the troubles and tribulations, a win is a win, especially when it comes to Scudetto, and the Bianconeri navigated through the ebbs and flows of the most unconventional and challenging season in a long time better than all their rivals, exploiting the superior quality of their roster. Winning nine titles in a row is mind-blowing and a lot of the credit goes to Andrea Agnelli, who has been almost the only element of continuity throughout the whole run, providing enough leadership to keep things in order.

The final two games are mostly meaningless for Juventus and the only objectives will be to stay healthy, and we did not get off a good start there with Paulo Dybala suffering a small injury versus Sampdoria. The other objective being to try and help Cristiano Ronaldo score, although Ciro Immobile might have pulled away for good. Therefore, it is an apt time to take a look at the most pivotal decision the management will have to make in August: whether or not to keep Maurizio Sarri on the bench. A change would be surprising at this point, but not shocking.

He obviously built up a lot of equity by winning the championship in difficult conditions, but things can still go sour in case of poor performances in the Champions League. I do not think it would be particularly fair to hold him accountable for that given the format and the future pairings: the only catastrophic flop would be failing to make it to Lisbon. Then Juventus have struggled to win finals in standard years, so it is hard to imagine them prevailing in three consecutive ones in a couple of weeks against top teams.

The reasons working in the manager’s favour are: continuity, which is an often underestimated factor but teams tend to improve naturally if they stick together and the roster turnover should be fairly limited, at least as far as the linchpins are concerned as several players were in their first year in Italy; the Ronaldo-Dybala chemistry, as they both fared better than last season, La Joya dramatically so, and he found a way to make them coexist tactically and thrive; the alternatives, as the top gaffers are currently impossible to get and there are just a pair of high-calibre names out there, mostly foreign, and that could take a longer adaptation process and it would be a big leap for Agnelli, who has only hired Italian coaches so far. Finally, there is some hope that the players, after winning one their way, will be convinced to buy into the coach’s philosophy.

Working against retaining him instead are the facts that the quality of the play has not improved, at least not in consistent fashion, from the Massimiliano Allegri reign, as Sarri could not get his message across to the players and was not able to come up with new solutions when the squad run into troubles; these things are kept under wraps but it looks like the relationships behind the scenes between players, coach and executives are not super smooth and that alone could be enough to justify parting ways; changing coach is easier ahead of the summer break than during the season, even this year.

It is not a straightforward deal and, while football will have centre-stage for a little longer, soon the time will come to try to resolve the impasse.

Cagliari have had a weird season, as they had a rocket start which them in contention for a European berth for half the campaign, only to fade dramatically from December on, to the point that they were forced to fire Rolando Maran as a last measure to end the slide. Walter Zenga had the typical new-coach bump right after the resumption, but then they fell into another slump and will probably change the course again.

They have been hurt by the fact that Radja Nainggolan missed the last few matches due to a calf injury, as his return had elevated everybody around him and he had some very strong outings as no.10, especially in late 2019, where he was fantastic on counters. They have not had their target man Leonardo Pavoletti due to two consecutive ACL tears, but Joao Pedro picked up the slack, scoring-wise, in the first part of the season, where he completed his transformation into a full-fledged striker, then the energetic Giovanni Simeone carried them in the restart as Pedro let up a bit. The attack has not been an issue, but they lack offensive production and creativity from pretty much all the other roles, sans Nainggolan.

Even though they understandably cashed in on Niccolò Barella, the midfield has not suffered much because they signed Nahitan Nandez, who has been a beast since day one and is a very intriguing prospect because he adds a touch of technique to endless grit, and Marko Rog, who bounced back from his Napoli days and proved that he belongs in a Serie A starting XI. However, Nandez is suspended in this one, while Rog is banged up. The coach had a spat with Luca Cigarini, so they could give another start to youngster Riccardo Ladinetti, joined likely by Artur Ionita and maybe Valter Birsa, depending on Rog’s health.

They instead have had some troubles at the back, where they do not have a ton of quality to begin with, then Luca Ceppitelli and Ragnar Klavan have spent a lot of time on the shelf. They started trusting Sebastian Walukiewicz more only recently as they switched to a three-man line. Their scheme now emphasizes the flank game more, but they took a hit there when Luca Pellegrini suffered an ankle injury, as Charalampos Lykogiannis is a decent crosser but is not at the same level overall. Federico Mattiello and Paolo Faragò, who can also be used as central midfielder if need be, are more hustle guys. One of their few players of note is Gaston Pereiro, who joined in January, who has explosive potential but has also been very inconsistent.

Pellegrini would make a lot of sense in next year’s roster as Juventus need another left-back, but I suspect it would take him a three-month defensive masterclass to reach the adequate level there in a team where every error is costly and magnified. But he is talented enough on the other end to be worth the trouble instead of using him as a bargaining chip as usual.

The post Sarri’s Pros and Cons and Cagliari Scouting appeared first on Juvefc.com.