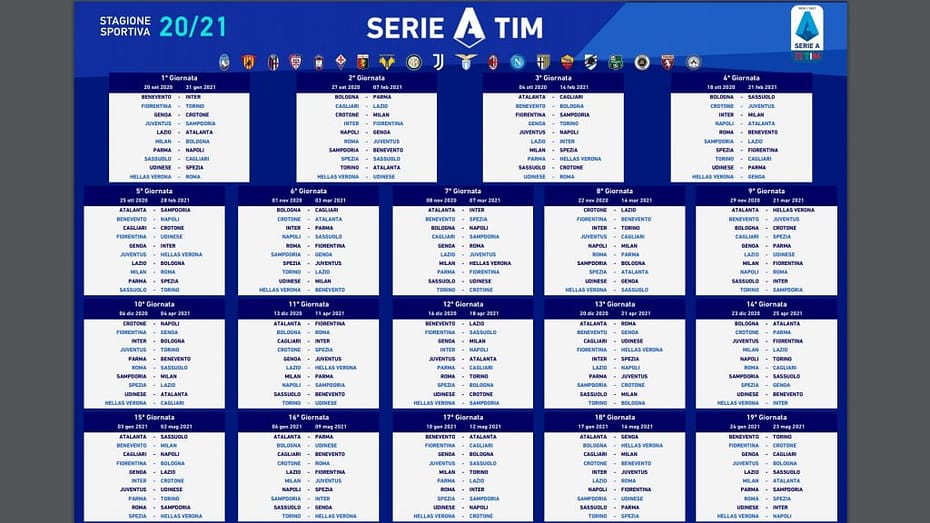 The Serie A 2020/21 season fixture list has been drawn up with Juventus beginning the defence of their title by hosting Sampdoria in week one.

It’ll be a tough start for new coach Andrea Pirlo with a visit to the Olimpico to face Roma in week two, promptly followed by a visit from Napoli in week three.

The first derby of the season comes in week ten when the Bianconeri host city rivals Torino, while Atalanta follow in week twelve.

A trip to Milan is set for week sixteen while the seasons first Derby D’Italia against Inter is scheduled for Week 18. The post Serie A 2020/21 fixtures released appeared first on Juvefc.com.