The Case for Moise Kean 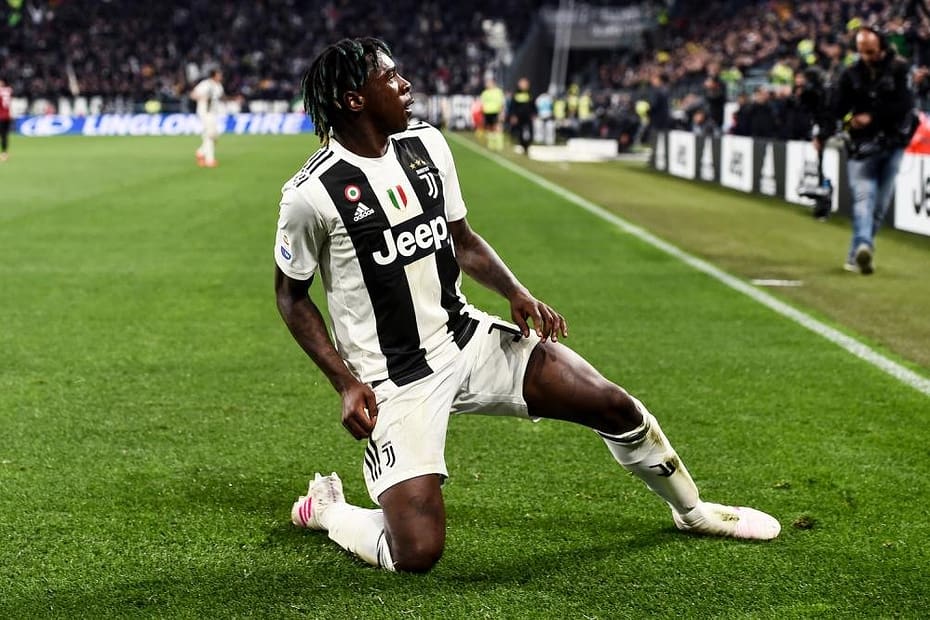 Juventus need a new striker. This much is evident with Gonzalo Higuaín being pretty much out of the door already. But how should Juve replace him? If one takes a look at the latest news in La Gazzetta, it seems that Luis Suárez and Edin Dzeko are the most likely candidates, epecially Suárez, who is ready to leave Barcelona (and seems to have reached an agreement with Juve). Suárez shows a very similar, yet a little more agile and technically versed playing style to Higuaín. However, when it comes to pure character, the Uruguayan striker bears the necessary – pardon the joke – bite, that Juventus arguably have been lacking since the departure of Arturo Vidal.

So why is this article called: “The Case for Moise Kean”? Well, it’s simple really. While the qualities of Suarez and Dzeko are unquestionable, both are getting on in years. The Uruguayan is 33, and the Bosnian is 34. Is this the direction the club needs to be heading right now? Do they still want to force a Champions League title while Ronaldo is still strong, just to have a squad of  ‘pensioners’ two years down the line? Wasn’t the reason Pipita was told to leave due to the fact that he doesnn’t fit the plans for the future? And consequently, weren’t those plans to refresh and rebuild the squad around the new coach, Andrea Pirlo?

I think it’s clear who would fit Juve’s plans: Moise Kean. He’s young (20), extremely talented – he showed that much already in his breakthrough season – and he knows the club. Of course, you might suggest that he didn’t really score a lot with Everton, but he still made 33 appearances during his first season for a prominent Premier League side. I think that says a fair amount for such a young player, playing outside his home country for the first time, perhaps more than can be gleaned solely on his goal return (or lack thereof). This becomes especially evident when you think about the history of Italian footballers and how poorly they fare outside their native Serie A, Luca Toni being one of the few exceptions to the rule. Moise Kean is a technically gifted and speedy player, with a direct and aggressive approach at creating scoring opportunities. With Dzeko or Suárez it would be the same situation as with Higuaín: A great scorer, who has troubles participating in the game, if there is no one creating chances for him. Kean could help create a more dynamic, creative and speedy triangle, including Dybala and Ronaldo that can also effectively work on pressing the opposing side, just as Pirlo is hoping for, based on his comments in his first press conference. Best of it all, at the tender age of just 20, Kean is future-proof. Juve could boast a striker who, in a  couple of years, has already shown the quality Kean evidently has in the Bianconeri shirt, but additionally will have benefited for playing alongside both Ronaldo and Dybala.

Another aspect that speaks in favour of Kean returning: he`s Italian. Normally I don`t care that much for nationality, however I dread the day that – of all teams – a club like Inter could become the backbone of a young and uprising Squadra Azurra. I can still remember the times that the core of Juventus was also the core of the Azurri, and there is no doubt in my mind that togetherness strengthened both teams immensely.

As of now however, Kean obviously lacks experience. I understand that hiring him is risky – at least riskier than getting Luis Suárez, and historically, Juventus aren’t known to be much of a club of risk-takers. Additionally, with the ongoing ‘rejuvenation‘ of the midfield, a player with the abilities of Suárez might be the perfect call. With all of this being said, it’s not surprising that Juventus and the Uruguayan already seem to have reached an agreement.

Still, if Juventus don’t just want to force a Champions League title at all costs and truly want to ensure that their dominance in Italy will remain unbroken for years to come: Moise Kean might just be the man to do it. I´m tired of seeing young players like Alphonso Davies or Kingsley Coman (an injury-prone talent we practically gave away because we felt there was no room for him in the squad) score the decisive goal in a Champions League Final, while I’m left wondering which 33-year-old Juventus wants to try out next. So here’s to hoping that Juventus somehow sense my plea, and even with Suarez probably coming in, they still manage to get a worthwhile deal with Everton to get bring Moise back to the fold.

The post The Case for Moise Kean appeared first on Juvefc.com.